Andrew Moore has many themes layered in his photographs. He explores the history of used spaces and how nature grows and thrives throughout those spaces. He was drawn to photograph buildings and abandoned structures based on his love for architecture. He creates books about series of his photographs. His book "Detroit Disassembled" finds the places in the city that have been used and abandoned. He is interested in finding the places that the government has forced people to move out of too. It represents the hand of government in those lives and what has become of those spaces now. In an interview, He took photos of Cass Tech and could see the books and computers abandoned in the school and how careless the abandonment of that facility was. His photos show the recycling of man in nature through the composition and meaning presented. http://www.jacksonfineart.com/Andrew-Moore-5804.html 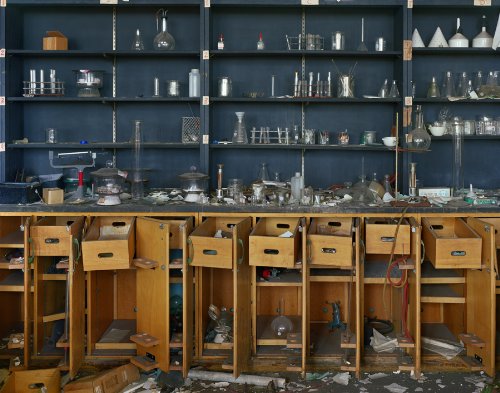 Posted by PhotoUTSA at 7:13 AM